Vienna shows off its feathers (4) 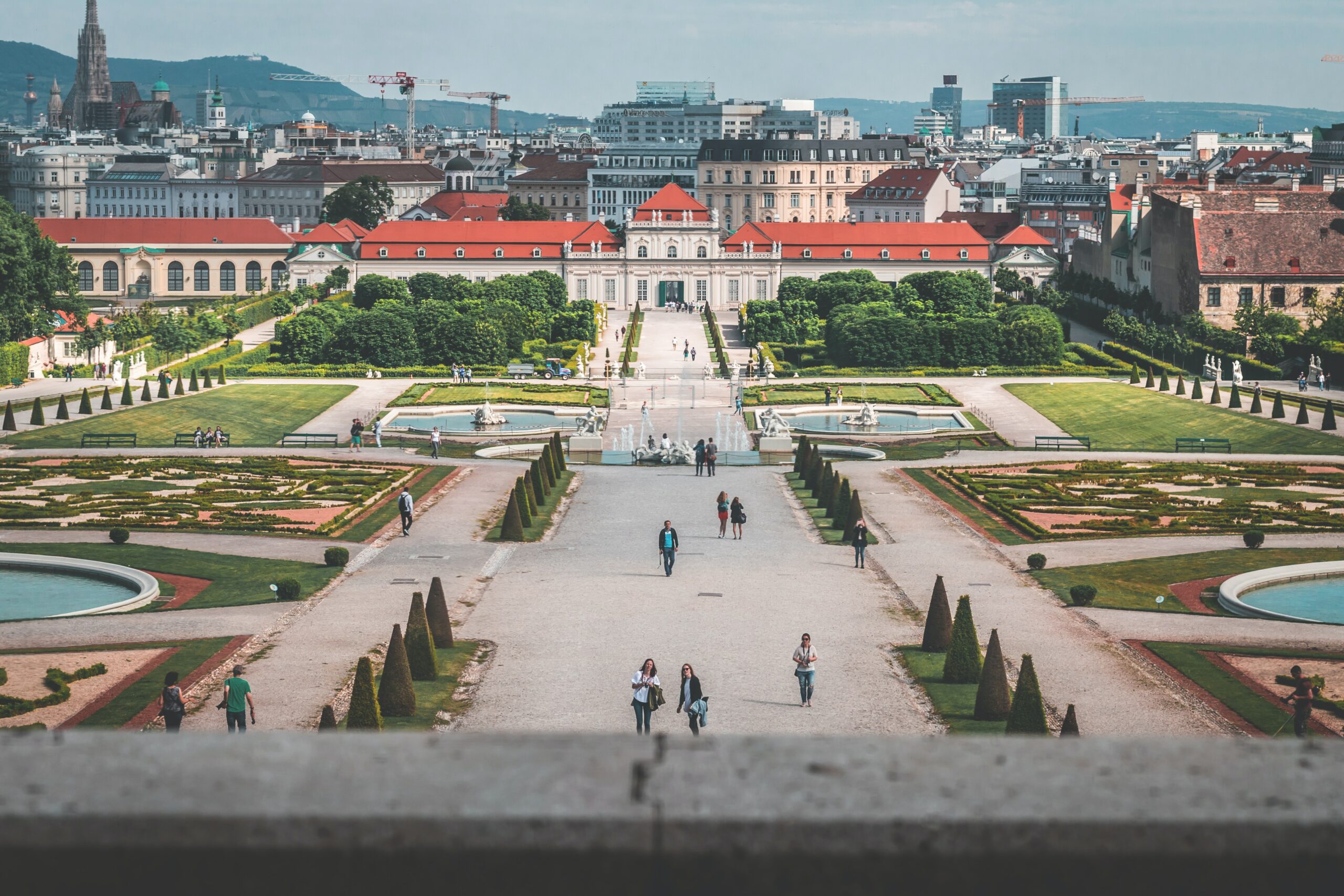 Before I start my digital journey with Ida Pfeiffer in 2022, I will try to get a clear picture of present day Vienna. The city had been the radiant and proud center of Europe for centuries. And for Ida Pfeiffer that was the status quo. Every time she returned from a long and tiring journey, she could relish in the luxuries and comforts that Vienna had to offer. And Vienna is shining again. There was only an intermezzo in the Cold War years, when Vienna had fallen to the status of a peripheral city.

On the edge of Europe

Some years before the Berlin wall came down, I went to Vienna for the first time. It was a study trip organized by the Utrecht Faculty of Geography. Vienna at that time had a rather stuffy image – it seemed rusted and timeworn. The grandeur had peeled off everywhere. The statues all looked gaudy. The rows of facades along the Ringstrasse that ran around the old city center were blackened by exhaust fumes. All but one building, which had recently been sandblasted and stood out immediately.

The city center was populated by people with money and was all white. Outside of the city center, just past the Ringstrasse, guestworkers were selling a local newspaper to earn a penny. I saw the big headlines on the frontpage wich read ‘Ausländer Raus’(‘Foreigners Out’). We were shocked. Our guide had just told us that a large part of the social housing sector had sanitary facilities that were hopelessly outdated. Sometimes there was only a toilet. Somewhat embarrassed he added that these houses were often rented to guestworkers.

That student trip to Vienna has always left some conflicting sentiments with me. The gap between rich and poor felt wide. The city felt like Europe’s final train station and that is what it often was at the time. Beyond Vienna began the Eastern Block. No go area. Terra incognita.

But, nothing lasts forever. When the Cold War ended and the borders opened once again, there it was: a whole new part of Europe to discover. In the meantime, Vienna shook off the dust and straightened up.

The fall of the Berlin wall worked as a huge catalyst. On YouTube I came across some interviews with Maria Vassilakou, the former vice mayor of Vienna. Vassilakou says this about the Viennese strategy: By our sudden central position in the united Europe we had to make the right choices straight away. We’re growing with 25,000 inhabitants every year. Our principle is that we put the interests of children and their families first, based on the idea that what is good for them, works for the rest of us as well.

And that includes a substantial ‘greening’ of the city. In practice this means that 50% of the Vienna urban area stays green and that there is a supply of affordable housing with at least 60% social housing to rent. And, of course, there is good quality public transport. The latter will only cost you 365 euro a year, so 1 euro per day. Who doesn’t want that?

Pushed off the throne

Vienna rose with a bullet in the city rankings. In 2018 and 2019 the city was even number one in The Economist’s Global Liveability Index. But then Covid 19 came and spoilt it all. As a consequence of the Covid restrictions The Economist didn’t succeed in producing a liveability index in 2020. When finally the latest 2021 ranking was published, it went off like a bomb. Vienna had been pushed from her throne, just like some other cities that had still been in the highest rankings back in 2019.

Lockdown measures had restricted access to, among other things, education, culture and green areas. Vienna tumbled from first to twelfth position. For the time being, Auckland (New Zealand) took over pole position. Surrounded by sea and with a stop on incoming travels, New Zealand managed to halt Covid 19 at her borders – in 2020 at any rate and for the largest part of 2021 as well.

In the Carlone Contemporary, part of the Belvedere Museum, you can admire a sound installation by the artist Volkmar Klien. It is very intriguing to see how Klien represents a Vienna that’s showing off. We see an antique standing clock, adorned with peacock feathers. Time is ticking by alarmingly while the clock is slowly covering itself up with its own feathers.

Covid 19 is temporary – at least, that is what we hope – and The Economist Liveability Index is not the only authoritative city ranking. On her site, the city of Vienna keeps a list of 16 leading indexes. In 5 indexes Vienna ranks number 1 and where the city doesn’t, it still ranks enviably high. Try to top that.