Political intriguing and oppressive morals: the Vienna of yesterday (3) 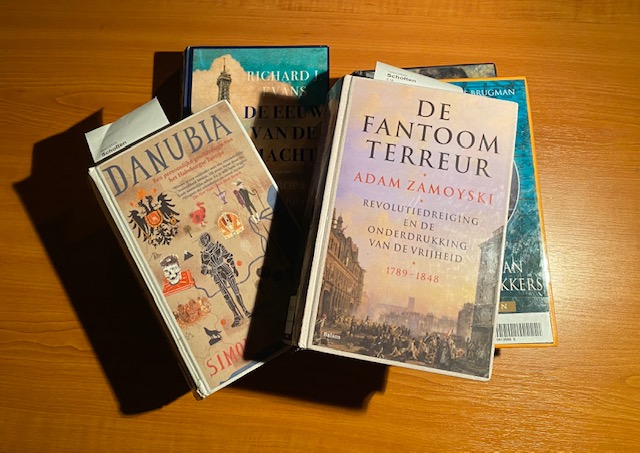 Waiting for the first travel books to drop on my doormat, I have started to read in on Europe and Vienna in the nineteenth century. After all, it is the time that has formed Ida and Vienna has been her home base five times while she was preparing for her next journey. But, where to begin?

Let’s first take a big step back in time, to the turbulent first years of the nineteenth century. Ida Pfeiffer’s Vienna was one of the most important centers of the world. It was after all the capital of the Habsburg Empire – the second largest empire of Europe. Only the Russian Empire was bigger in size. They were tumultuous times. In her youth, Pfeiffer had twice witnessed Napoleon and his army invading her city.

Young Ida was vehemently against that. When in 1809 Napoleon holds a victory parade at the impressive Vienna castle of Schönbrunn and the shiny, sweaty horses with their riders clad in Napoleonic red pass Ida and her mother, twelve year old Ida turns her head away demonstratively. This frightens her mother, who fears repercussions. Luckily, there are none.

After the fall of Napoleon followed the Congress of Vienna in 1814 and 1815. That was all but a tightly organized whole. Royal and political hotshots from all corners of Europe stayed in Vienna wining, dining and dancing for two whole years to rewrite the map of Europe. They had to create a new territorial balance , mainly to reign in France. At the same time none of the representatives wanted to be cut short. Coming home with slimmed down territory was a no go. And so everyone was frantically cutting and pasting on the European map.

For example, The Netherlands had to become a bit bigger, as a buffer against the French, and so they got the Southern Netherlands – present day Belgium. The point was: Belgium belonged to Austria, so the Austrians wanted something back in return. And so the Habsburgers received some pleasant lands along the Adriatic Sea – think parts of present day Italy, Slovenia and Croatia. Apart from that, the whole exercise wasn’t just a fine display of pan-European re-allotment. The participating powers used ‘Vienna’ to play a whole different game.

The congress was at the same time a cunning move of the ailing aristocracy to try and seize back power again. Rulers who had been expelled even got their thrones back. But the people couldn’t be fooled again for long and didn’t take it anymore. Things started to bubble, boil and eventually boil over all around Europe. Some decades later there it was: the Revolution of 1848. The people were rising against their rulers everywhere. But by then, Ida Pfeiffer had long left Vienna and had been travelling for some time. I am curious to find if this revolution will resound in her travel stories.

As a young woman, Ida was mainly bothered by the narrow-minded morals of her time. Her father was a successful businessman and the family was well off and was part of the well-to-do middle classes. And that last fact imposed a lot of restrictions on life. A whole array of etiquettes determined one’s social life and the middle classes had become a caricature of itself because of that.

It was mainly Ida’s mother who wanted to keep up the good name of the family. For Ida that meant marrying within your class, get children and don’t do anything crazy. Play the violin? No. Girls play piano, period. Wear trousers, absolutely not. Marrying the young house teacher you are madly in love with and who was, by all means, treated as a friend of the family by mother? No way. The young man came from a lower class and was banished from the family home immediately. Ida was put under considerable pressure to make the ‘right’ choice. In the end she accepts the marriage proposal of Dr. Mark Anton Pfeiffer, a man 24-years older. Together they leave to live in Lemberg (present day Lviv in the Ukraine) where he works as a successful lawyer. It wouldn’t be a happy time for Ida. But more on that later on.